Is it time to bring back the cinema intermission?

Maybe it's a European trend, but even as films get longer and longer (films released in 2012 were 1.2 times longer than in 1992), intermissions have been largely scrapped. Who can really handle 170 minute long films (Interstellar) in one sitting? 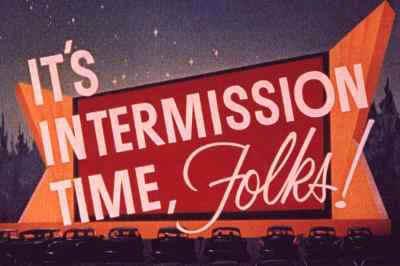